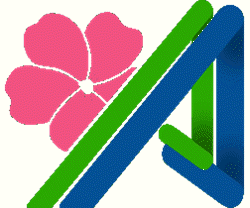 Paul Hinman was the leader of the newly formed party, and although the party did not win any seats in the 2008 provincial election, it saw an increase in popularity. Hinman stepped down as leader and was succeeded by Danielle Smith. During the 2012 election, the Wildrose lost to PCs, but managed to secure 17 seats in the legislature and became the official opposition. By the end of 2014, nine Wildrose MLAs, including Smith, had crossed the floor to join the PCs, leaving only five members in the Wildrose caucus.

In February 2015, former conservative MP Brian Jean announced his candidacy for the leadership of Wildrose Party. He was elected as leader in March 2015 with 55 per cent of the vote. However, Wildrose’s popular vote fell by one-third in 2015, from 34% of the vote in 2012 to 24%. In 2017, Brian Jean met with Jason Kenney (the former Alberta PC leader) to negotiate and ratify the formation of a united right-of-centre alliance.

Following the Wildrose party’s decision to merge with the Progressive Conservatives to create a new conservative party in Alberta (now the United Conservative Party), about 50 former Wildrose members – including Marilyn Burns, one of the founding members of Alberta’s now defunct Wildrose party – registered the Alberta Advantage Party in November 2018 with a petition of 8,600 signatures.