The official Student Vote Days for the 2020 British Columbia provincial election will be Wednesday, October 21 and Thursday, October 22. Tens of thousands of students are expected to cast ballots for the official local candidates running in their school’s electoral district.

To adapt to policies and protocols related to the COVID-19 pandemic, we have focused on two key models for organizing the voting process. However, please use your best judgment and consult with your school administration to determine an approach that will work best for your school while adhering to the most up-to-date public health guidelines. 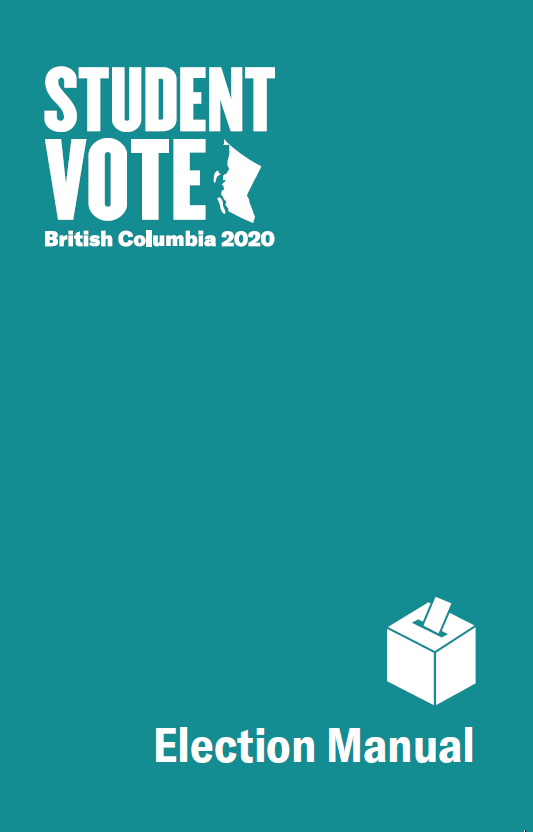 Please ensure you report your results by 5:00 p.m. local time on Friday, October 23.

Adhering to the reporting deadline is necessary in order for CIVIX to include your school’s totals in the final results shared on election night (Saturday, October 24).

All schools must keep their Student Vote results confidential until after the close of official polls. Election officials should be sworn to secrecy.

During the 2017 British Columbia provincial election, more than 170,000 students under the voting age learned about the democratic process, researched the candidates and party platforms, debated the future of B.C. and, ultimately, cast ballots for the official candidates running in their local electoral districts.

In total, 173,703 votes were cast from 1,114 schools, representing all 87 electoral districts in the province.

The BC NDP won a majority government with 60 seats, the BC Greens formed the official opposition with 14 seats, and the BC Liberals won 12 seats. One independent candidate was also elected.