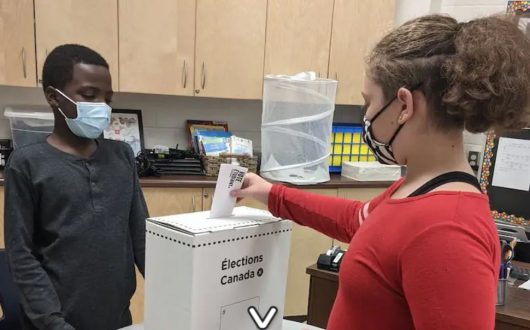 READ ARTICLE HERE: https://www.cbc.ca/kidsnews/post/student-vote-results-are-in.-see-how-kids-voted-compared-to-adults More than 700,000 elementary and high school students from each of Canada’s 338 ridings participated in a mock election this month, alongside the real federal election. Student Vote Canada was organized by a charity called CIVIX, in collaboration with Elections Canada. When the results were released on Tuesday, it showed that […] 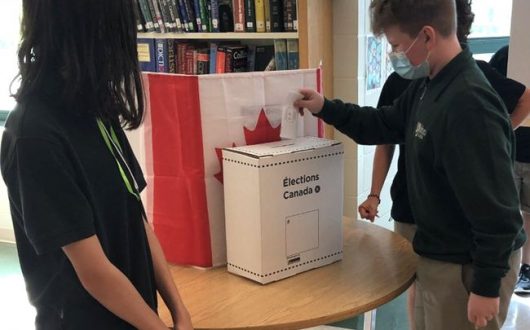 READ ARTICLE HERE: https://www.thestar.com/news/canada/2021/09/21/these-students-also-gave-trudeau-a-minority-but-in-their-mock-election-they-chose-a-different-official-opposition.html According to the results of a mock election held among more than 700,000 elementary, intermediate and secondary school students, the Liberals edged the other parties to win a minority government just as it did in Monday’s federal election. However, in the students’ vote, New Democrat Party Leader Jagmeet Singh formed the […] 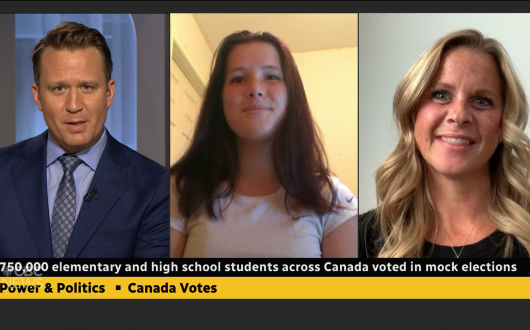 READ ARTICLE HERE: https://www.citynews1130.com/2021/09/20/canadian-students-vote-mock-election/ As Canadians exercise their democratic right Monday, students across the country are taking part in their own mock election. Students who are not of voting age are casting their mock ballots in the Student Vote Canada program “to bring democracy, politics or real-life issues into the classroom.” The program attracted 7,500 […] 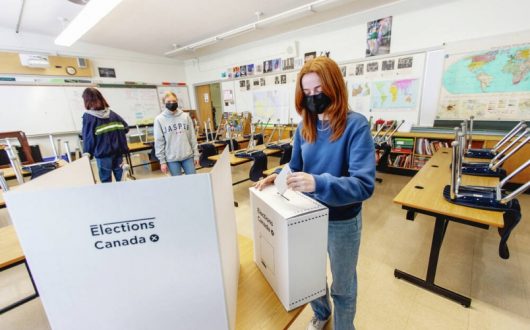 [Times Colonist] Age no barrier to Student Vote, which gives Liberals minority with NDP in opposition

READ ARTICLE HERE: https://www.timescolonist.com/elections/age-no-barrier-to-student-vote-which-gives-liberals-minority-with-ndp-in-opposition-1.24359347 They may be too young to cast a real ballot, but thousands of students across Greater Victoria were able to take part in the federal election through Student Vote Canada. They were among 700,000 elementary, middle and secondary school students from all 338 federal ridings across the country to cast ballots. […] 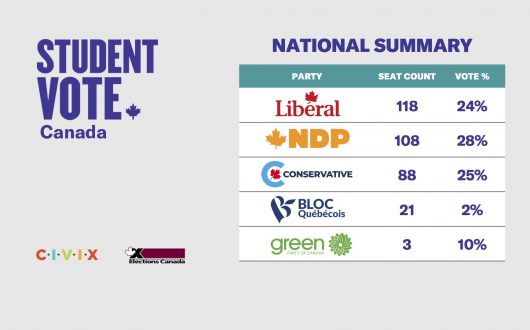 More than 800,000 elementary and high school students across the country participated in Student Vote Canada, coinciding with the 2021 federal election. After learning about democracy and elections, researching the parties and platforms, and debating the future of the country, students cast their ballots for the official candidates running in their school’s electoral district. As […] Student Vote Canada program underway in 7,500 schools across the country

Thousands of Canadian teachers are using the Student Vote Canada program to bring democracy, politics or real-life issues into the classroom. This national parallel election provides students under the voting age with an opportunity to experience the voting process firsthand. Young Canadians engage in discussion about the future of the country, research the party platforms, […] 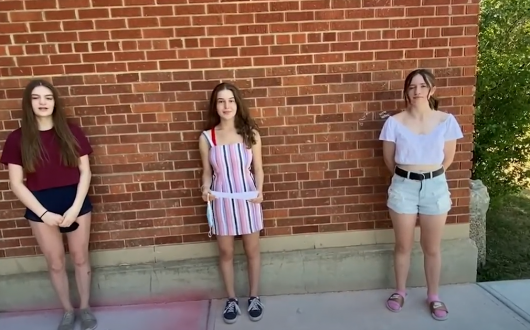 We are delighted to share a resource that you can use to easily introduce your students to the parties and their leaders in preparation for their Student Vote Day.    In June, we invited students to submit questions for the party leaders and we received many thoughtful suggestions from throughout the country. We selected seven […] 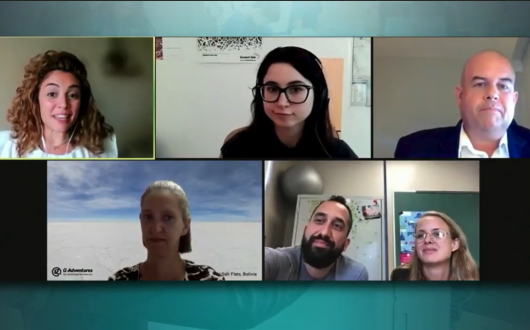 On August 24-25, 2021, CIVIX and Elections Canada offered the first-ever virtual Democracy Bootcamp event to support teaching about democracy and informed citizenship, and to prepare for Student Vote Canada. The event featured journalists, campaign strategists and experts sharing their insights on the upcoming federal election, barriers to democratic engagement, polarization and political communication in […] 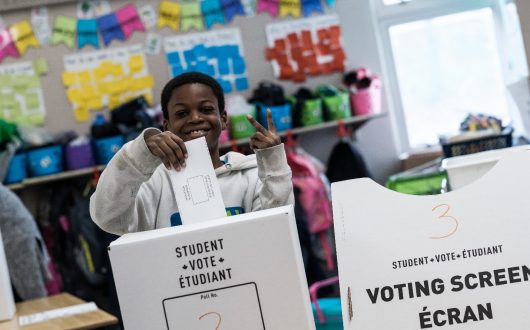 This morning, Prime Minister Justin Trudeau visited the Government General of Canada to request the dissolution of Parliament. Canadians will head to the polls on September 20.   CIVIX is proud to offer Student Vote Canada free to schools in collaboration with Elections Canada.   Registration is now open at https://studentvote.ca/canada_registration/    We understand that election day falls early […] 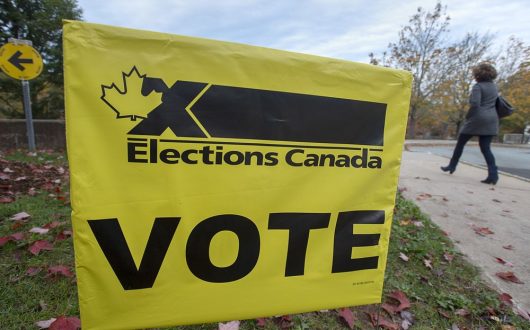 READ ARTICLE HERE: https://winnipegsun.com/news/news-news/students-go-with-grits-in-school-vote They may not have been old enough to vote but school students let their voices be heard in Monday’s federal election. More than 1.1 million elementary and secondary school students from across Canada including just over 38,000 in Manitoba took part in Student Vote Canada 2019, coinciding with the 2019 federal […] 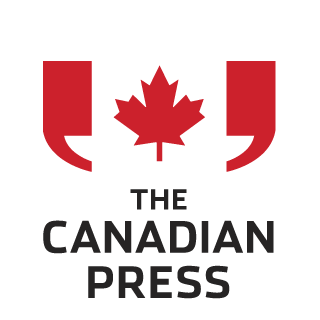 READ ARTICLE HERE: https://nationalpost.com/pmn/news-pmn/canada-news-pmn/mock-federal-election-for-students-also-ends-in-liberal-minority If Canada’s elementary and high school students were the ones responsible for electing the country’s government, this week’s vote would still have ended in a Liberal minority. A project that saw more than 1.1 million students across the country cast a ballot in a mock federal election resulted in 110 seats […]