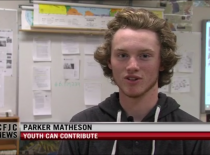 Students in Jeremy Reid’s Social Studies 11 class began by learning about democracy and the voting process. When they learned that the voting age in Canada was 18, most students agreed that it should be lowered to 16. 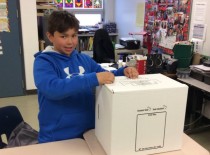 Schools across the province participated in a provincial parallel election. 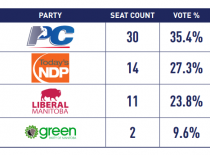 More than 20,000 elementary and high school students participated in the Student Vote Manitoba program. Students elected Brian Pallister and the Progressive Conservative Party of Manitoba to a majority government. 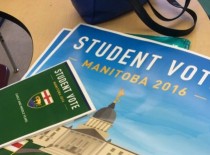 April 18 is Student Vote day in Manitoba! Elementary and high schools across the province will cast ballots for the official candidates running in the 2016 provincial election. 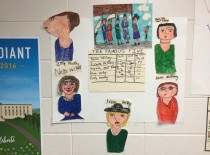 Student Vote Manitoba participants were invited to take part in the ‘Celebrating our Right to Vote’ multimedia contest to commemorate the anniversary of women’s right to vote and the pathway to universal suffrage. Here are the winners.