More than 260,000 students from more than 1,700 schools participated in Student Vote Ontario. Votes were cast in all 124 electoral districts.

More than 260,000 elementary and secondary school students participated in Student Vote Ontario this week, coinciding with the 2022 Ontario provincial election.

After learning about government and democracy, researching the parties and platforms, and debating Ontario’s future, students cast their ballots for the official candidates running in their school’s electoral district. 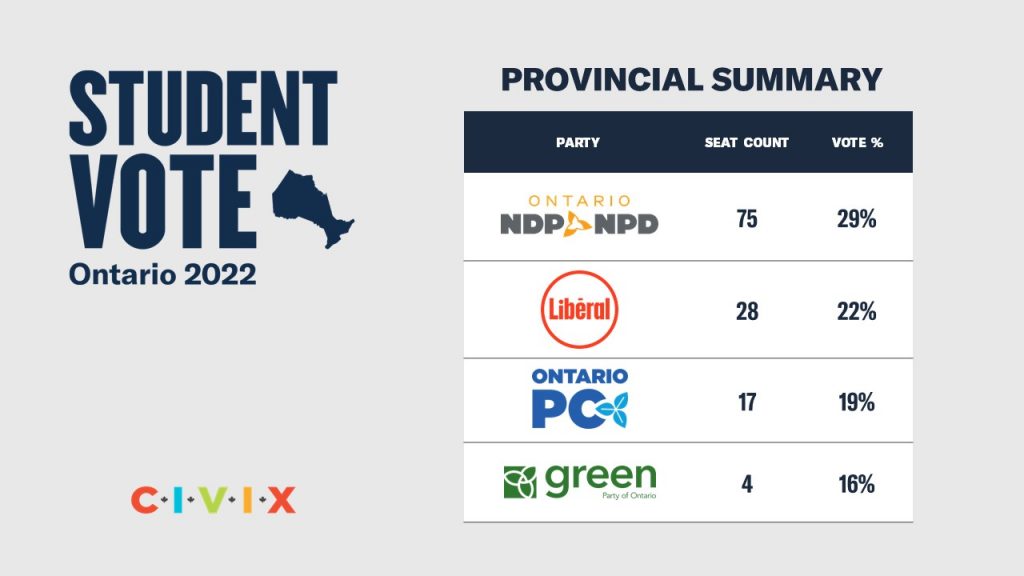