More than 800,000 elementary and high school students across the country participated in Student Vote Canada, coinciding with the 2021 federal election.

After learning about democracy and elections, researching the parties and platforms, and debating the future of the country, students cast their ballots for the official candidates running in their school’s electoral district. 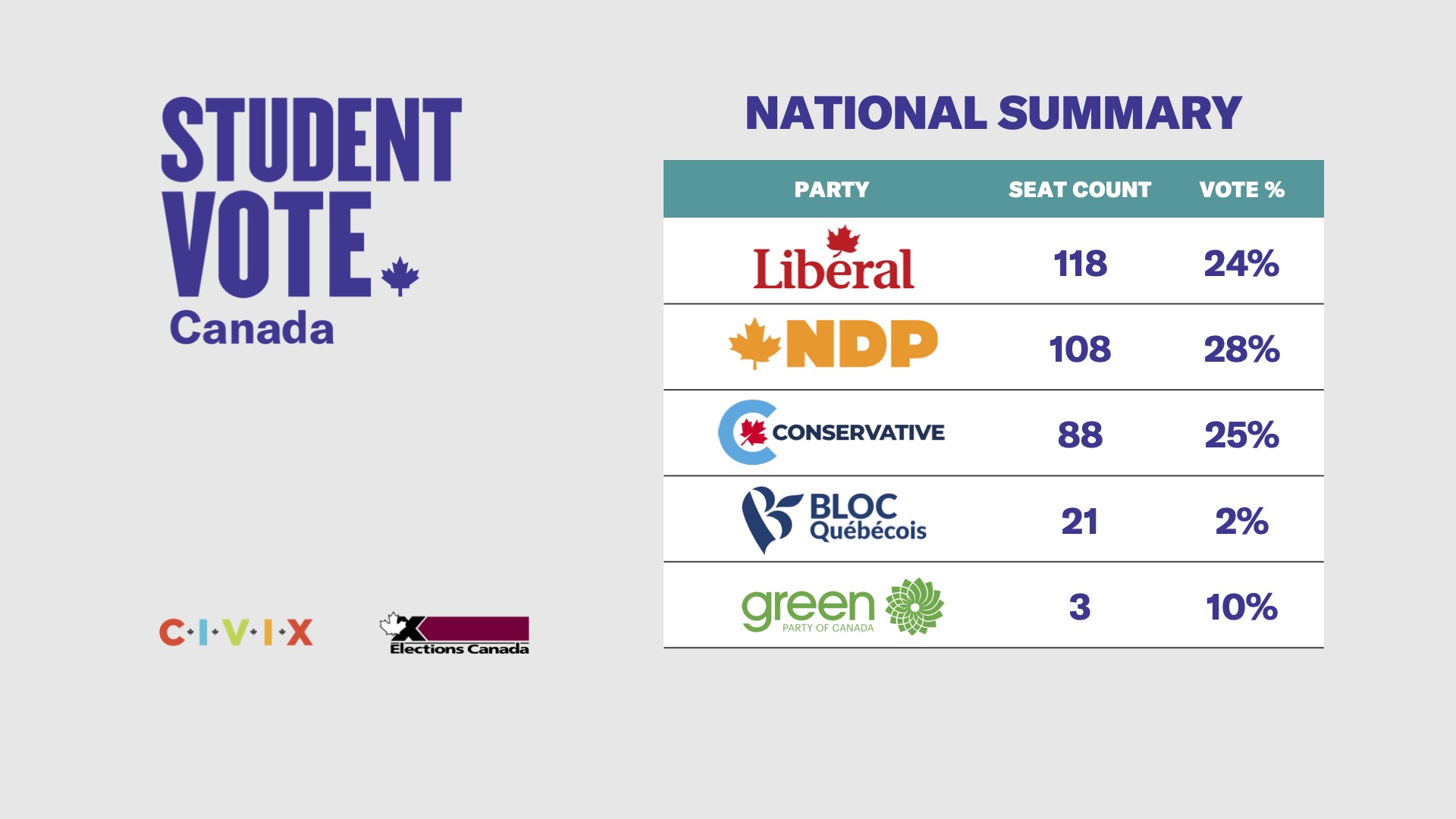