Nearly 90,000 elementary and secondary school students from more than 750 schools participated in Student Vote BC 2020. Votes were cast in all 87 electoral districts.

More than 750 elementary and high schools participated in the Student Vote program for the 2020 British Columbia provincial election.

After learning about government and the election process, researching the parties and platforms, and debating the future of British Columbia, students cast ballots for the official candidates running in their school’s electoral district.

CIVIX delivered the program in partnership with Elections BC. This was the sixth provincial Student Vote organized to date.

Based on current tallies, nearly 90,000 students cast ballots, representing all 87 electoral districts in the province.

The Student Vote BC 2020 online results platform presents the province-wide results, as well as results for each electoral district and for each individual school. 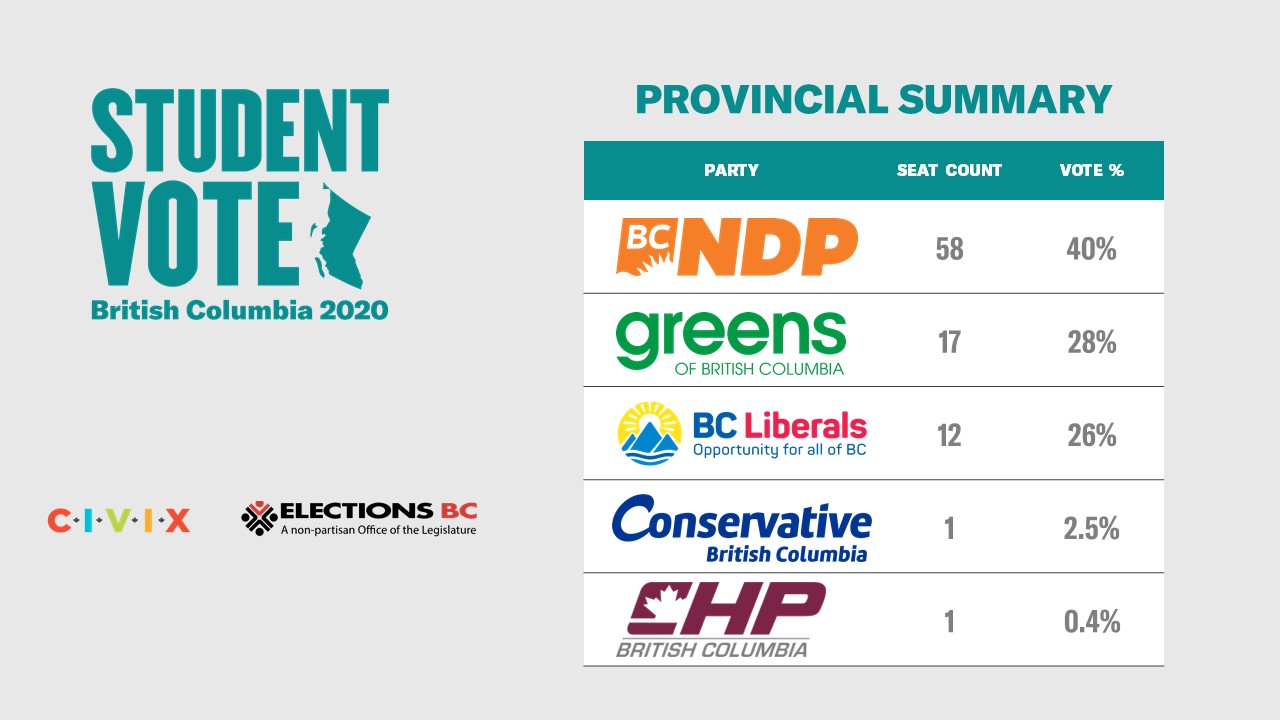