Join hundreds of schools across the province for the upcoming Manitoba provincial election! Educators can register now!

CIVIX is pleased to collaborate with Elections Saskatchewan to deliver the Student Vote program to elementary and high schools across the province. Educators can register now!

More than 3,000 students under the voting age cast ballots in the Student Vote program for the 2015 Newfoundland and Labrador provincial election. As of 5:30pm NT today, 3,352 ballots were reported from 37 schools, representing 26 out of 40 electoral districts.

Monday, November 30 is Student Vote Day in Newfoundland and Labrador! We expect more than 5,000 elementary and secondary students from as many as 48 schools to participate from 31 of the province’s electoral districts. 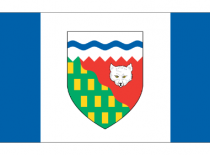 On November 23, students across the Northwest Territories took on the roles of election officials and cast ballots for the election candidates running in the 2015 territorial election. As of 8pm MT, 370 votes were reported from 10 schools representing 13 electoral districts.