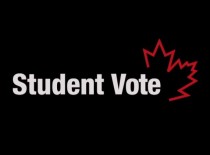 Student Ambassadors cover the campaign, making headlines in the process

Last week, we asked the Student Ambassador Network to show or tell us how the 2015 federal election is unfolding in their electoral district. We would like to share some the outstanding responses that we’ve received, including interviews with candidates, interviews with family and friends, and experiences at all-candidates’ debates. 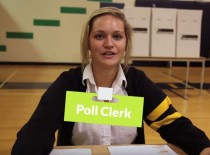 Student Vote ballots are now being shipped to schools across the country. You should be receiving your ballots by the end of this week. 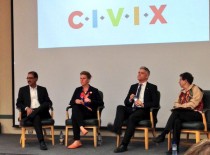 Democracy Bootcamp: Edmonton was the fifth and final professional conference that CIVIX hosted in 2015 to inspire teachers’ democratic engagement and support their delivery of Student Vote during this fall’s federal election. 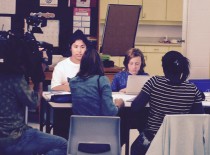 Student Vote 2015 — Our experience to date

Grade 7/8 students at D. Aubrey Moodie Intermediate School in Nepean, Ontario are participating in the 2015 federal Student Vote. Four students sent us a blog to recap their experience with the program so far.